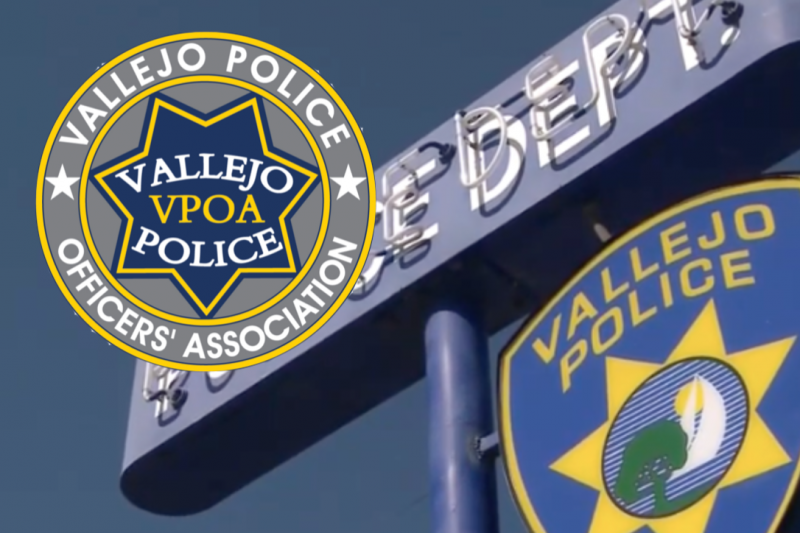 Vallejo, CA – The Vallejo Police Officers' Association was stunned by the press release issued by Chief Shawny Williams on Monday (April 11, 2022) related to a decrease in uses of force (UOF) by Vallejo Police Officers in 2021. Not surprisingly, Chief Williams could not pass on yet another opportunity to mislead Vallejoans and credit himself for something in which he played no role. The City has paid a large sum of tax dollars to Bob Scales of Police Strategies LLC, a former business associate from Chief Williams’ tenure at the San Jose Police Department. The most recent report produced by Mr. Scales credited the Department for an approximate 33% reduction in uses of force in 2021. While this is likely an accurate number, Chief Williams' attempt to praise his own leadership and management practices for the UOF reduction could not be further from the truth.

Chief Williams omitted many factors in his press release. Although the number of applications of force dropped approximately 33%, he failed to mention that during 2021 the number of sworn officers had been reduced by over 35% when you consider officers who have left the Department as well as those who are off the streets due to injuries. Williams also failed to address several other areas that could be correlated to the drop in UOF. For example, the hesitation of officers to engage in force incidents has increased under Chief Williams’ leadership. Additionally, low morale, complete lack of confidence in his leadership, excessive amounts of forced overtime, the COVID pandemic and disparate and retaliatory disciplining of officers likely were major factors in this reduction. Chief Williams' attempt to credit himself for this is disingenuous and shows a lack of respect for the citizens of Vallejo. The citizens whom continue to experience an alarming spike in crime and gun violence that has plagued our community in 2021 and again has steadily continued this year.

In addition to the staggering reduction of Vallejo Police officers since Chief Williams’ arrival, California legislative changes to police UOF have also naturally contributed to the reduction. For example, the Chief cited that the carotid (neck restraint) has dropped to zero uses, yet this would clearly occur due to the fact Governor Newsom banned this restraint in 2020.

The VPOA strongly supports the desire for officers to be able to use less force when confronted with resistance, but alarmingly this report showed that attacks on Vallejo officers doubled in 2021. To be clear, the decision an officer makes to use force is not arbitrary. It is a direct result of suspect actions that are often unpredictable and beyond an officers control. Despite this desire for a reduction, it is important that ALL challenges are clearly presented to the community regarding this issue. We implore all citizens of Vallejo and city leadership to closely scrutinize the motivations of this press release and the ongoing deceit presented by Chief Williams.

As a result, the last 2 ½ years has produced the largest exodus of Vallejo officers since the city filed municipal bankruptcy over ten years ago. The departing officers have varied from seasoned veterans to rookies with only a few years on the job. This exodus is not limited to sworn staff and civilian staff in all job types have taken better jobs elsewhere. Due to this startling drop in staffing, the VPOA is increasingly concerned about the safety of our officers and the community, but equally concerned by Chief Williams’ lack of transparency and lack of understanding of the Department and its true statistics. Despite backlash and retaliation, the VPOA has continually reported Chief Williams’ deceptive, and often unethical, conduct to city leadership. We will continue to do so until the community and officers can work together to strengthen relationships for a better Vallejo.

Members include all ranks of officers – Captains, Lieutenants, Sergeants, Corporals and Officers.

The VPOA does not represent the Chief of Police or the Deputy Police Chiefs.

The business function of the VPOA is to protect the collective interests of the members of the Vallejo Police Department and provide benefits to its members. The VPOA is also committed to the safety

and security of the citizens of Vallejo and the protection of life and property.