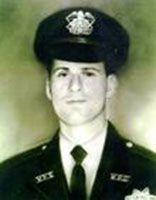 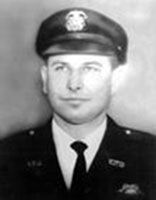 Police Officer Calvin Thacker and Police Officer William Easson were shot and killed while making a traffic stop of a local resident on April 7, 1966. Both officers were shot twice during the stop. The subject fled the scene but later surrendered himself to the police. He was convicted of both murders. 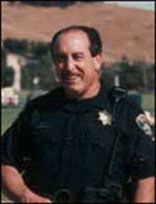 Officer Jeffrey Azuar was shot and killed after he and another officer attempted to serve a failure to appear warrant on a suspect on April 12, 2000. The officers found the suspect hiding in a garage of the residence. The suspect began physically resisting arrest and then pulled out a handgun and shot Officer Azuar in the head. A third officer who had arrived on scene returned fire and seriously wounded the suspect. Officer Azuar was transported to a local hospital where he was pronounced dead. He had been a canine handler since 1993.

Officer Azuar had been employed with the Vallejo Police Department for 21 years, and is survived by his daughter.

The suspect was convicted of first degree murder and sentenced to life without the possibility of parole on May 7, 2004.

He was transported to the hospital where he succumbed to his wounds. The suspect was arrested near the scene.

Officer Capoot was a U.S. Marine Corps veteran. He had served the Vallejo Police Department for 19 years and had previously served with the California Highway Patrol for two years. He is survived by his wife and three daughters.