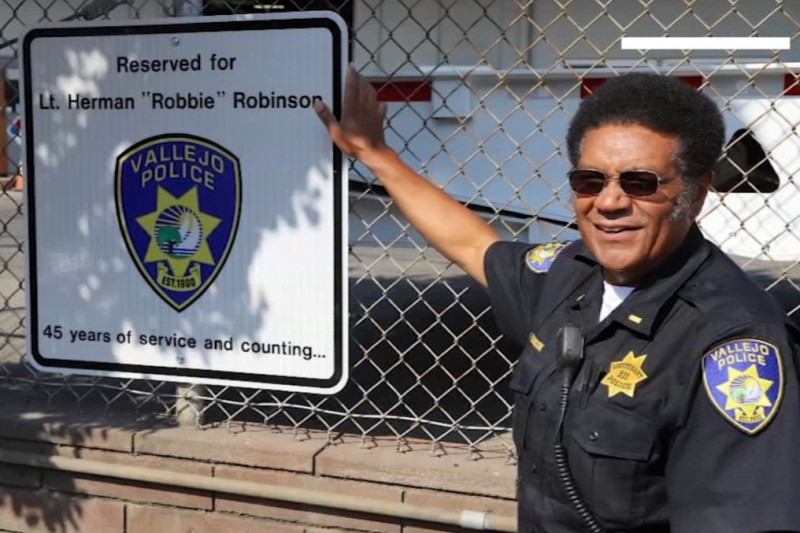 Yesterday, a highly respected arbitrator mutually selected by the City of Vallejo and the law firm of Rains Lucia Stern St. Phalle & Silver issued a 24 page written decision finding there was no “just cause” for Vallejo Police Chief Shawny Williams to terminate Lieutenant Herman Robinson. Prior to his improper firing Robinson had served as a member of the Police Department with great distinction for 47 years, earning the respect of colleagues, and serving as a role model to youth in the community and newly hired police officers alike.

The arbitrator ordered the City of Vallejo to immediately reinstate Lieutenant Robinson and pay him for loss of income and all benefits he would have earned, including overtime, had he not been improperly and illegally terminated. In addition, the arbitrator ordered the City to pay interest on unpaid wages at the rate of 10%, a penalty rarely imposed on municipal employers by arbitrators absent a showing of bad faith.

“The decision by the arbitrator to reinstate Lieutenant Robinson is fully supported by the facts of this case, and the clearly established law surrounding standards which must be applied to the discipline of police officers and other employees of municipal governments” said Attorney Julia Fox, who represented Lieutenant Robinson throughout the ordeal.

Fox will soon join Lieutenant Robinson in announcing the filing of a civil action against Chief Williams, both for his unilateral decision and for testifying falsely at the arbitration (under oath) that he consulted former Deputy Chief Joseph Kreins before terminating Robinson, and that Deputy Chief Kreins agreed with the punishment. When Ms. Fox called Chief Kreins as a witness following Chief Williams taking the stand, Chief Kreins testified that no such discussion ever occurred, and he was never consulted.

The impending civil action will name Chief Williams, the City of Vallejo and its elected and appointed leaders, many of whom are aware of the Chief’s false testimony in this case. There is also an ongoing, active investigation for serious acts of misconduct and serious performance failures committed by the Chief, initiated by a retired and highly respected police captain.

The Vallejo PD has suffered a mass exodus of trained and experienced police officers, supervisors, and virtually the entire command staff who served at the Department when Chief Williams was appointed, due to his failed leadership.

The Vallejo Police Officers’ Association has shared with City leaders the results of two separate surveys taken of its members concerning their satisfaction with the management of the Police Department under Chief Williams. In the earlier survey, VPOA members responded to a series of specific questions concerning the Chief on issues, including integrity, leadership, communication, and transparency, resulting in very negative views from over 90% of its members. In a more recent survey conducted in December 2021, 73 out of 75 eligible members voted, and every voting member stated they have no confidence in Chief Williams’s leadership.

“Chief Williams’s failed leadership of the Vallejo Police Department has now culminated in the decision reinstating Lieutenant Robinson with a substantial 6-figure price tag as a result of the arbitration decision alone, including the costs of the arbitration, and will result in civil litigation which will prove far more costly to the City. These damages could have been avoided had Chief Williams simply relied upon advice of someone who knew that the termination of Lieutenant Robinson would never be upheld on appeal. Chief Williams’s poor decision making in this case, including his failure to seek advice, will now cost the City hundreds of thousands of dollars” added Fox.

The arbitrator’s decision returns Lieutenant Robinson to the job he has often said “my father could not have.” Lieutenant Robinson’s father, who first worked as the Police Department’s custodian, was appointed as a police officer in 1948, becoming the Department’s first African American Police Officer. Tragically, the City’s “leaders” in that day did not think it was the right “time” to have an African American wearing a Vallejo police uniform, and returned him to his former position as a custodian after only two weeks. Lieutenant Robinson has endeavored in everything he has done as a Vallejo Police Officer to make his father proud. His commitment and hard work resulted in him being honored in 2018 as Vallejo Police Department’s “Officer of the Year.”