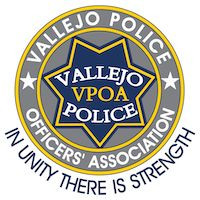 Letter to the Editor

The following Letter to the Editor was published in the Times Herald on February 5, 2020:

As I’m sure that most of you would agree, listening and watching council meetings takes some stamina – especially in light of having to stay up so late. In my years in Vallejo, I have watched and attended many meetings (both on and off duty). This past Tuesday night (28 January) I saw something I have rarely seen from the dais and I was pleasantly surprised. I was also given a small glimpse of what Vallejo could be – especially as it relates to the rank and file worker.

OpenVallejo, a reported “news” organization, has been bombarding the City with public records requests – maxing out City resources and staff time. So much so, many City employees have been designated to coordinate these requests on a full time basis – meaning there is no time left in the day to do the job they were hired to do. Additionally, and maybe more importantly, OpenVallejo maliciously and purposely spews lies, false information and inflammatory messages on the internet/social media. They struck again with a vicious attack of Randy Risner who was about to be appointed interim City Attorney. These anonymous attacks from OpenVallejo (as well as named people/organizations) do nothing to increase transparency or make Vallejo a better City. They are crippling this city, city staff and the overall health of this City.

However, Tuesday, I was proud of each council member, the Mayor and City Manager. They each took the time to defend the work of Mr. Risner publicly from the dais. In harmony, they all proclaimed that they were not going to let anonymous, distant past, unsubstantiated personal attacks influence their decisions that affect the operations and momentum of Vallejo. They asserted that no City employee should be the subject of these atrocious and defamatory comments. I applaud our City leaders for speaking the truth and not being afraid to speak candidly and from the heart about the destructive and hurtful nature of “weaponizing” language. City Manager Greg Nyhoff brilliantly pointed out that one of the toughest parts of being a public employee/official is reading/hearing these horrendous comments from people that either do not identify themselves or people that have never taken the time to meet you. On behalf of the men and women of the Vallejo Police Officers’ Association, I thank all of you for showing true leadership and staying grounded in reality.

I suggest you take a look at the video online and watch the comments for yourself – be extra glad you didn’t have to stay awake until 1:30 in the morning to hear them the first time around.